“Learn to enjoy every minute of your life.”
Earl Nightingale


So today we are starting off with a joke. I got this from this from Laugh Factory.

That is cute and funny. I decided to add a joke because I went “Googling” for topics to write about and I found a list of 101 blog ideas and #29 was tell a joke – so I thought why not. I had to come up with something!

We had a very nice Christmas day. Quiet, simple and just the two of us sharing presents, taking our walk, going for a cup of Chi Tea at Starbucks and then we read books and watched TV. One of the nicest Christmases ever actually.

And finally . . . I am starting something new with Buddy. I have been putting his food dish up on the counter in the bathroom so that the dogs would not help themselves to it. This has worked fine for a long time. But now Buddy is getting older and not able to jump up that high anymore. Which is fine during the day as we just pick him up whenever he “meows” for a lift and he munches away to his heart content. The problem is Buddy likes a snack about 2:30 in the morning and another one about 4:30. This is getting old.

I have now switched his food station to a side table next to the couch in my office. He jumps up to the couch just fine . . . so technically he should be able to do this during the night. Technically.

So far he has not done it on his own yet. I think he likes being picked up. That is what I think! So we shall see.

Today’s Three Sunshine (Gratitude) Moments:
1. A very warm, soft sweater from Jon for Christmas. I hate to take it off. Ever.
2. Jon made Christmas dinner. Simple and yummy. The best kind.
3. A couple of phone conversations with family. Christmas connect time.

Cat on a couch

It’s a tiny bit after eight in the morning (Christmas Eve) as I write this. The mailman just came to our door with a package from Secret Santa for Jon. In our family we still draw names and send a present as Secret Santa to whoever we get. Worked when we were kids and still does. Anyone else still do this?

I read a few days ago that it’s best to drink coffee later in the morning or day than when you first get up. Something about natural Cortisol in the body that is reduced if one drinks it too soon. I have been trying it – and I think it is helping. Some days though (like today) I don’t wait quite as long to have my first cup!

I read an article this morning about the power of gratitude for mental health. I think I have been practicing that a bit more lately and it does help as well. Gratitude Practice.

And I may even use this as a theme for one of my puzzle books. My SCORE coach suggested that I do a book that has wider appeal for one of my puzzle books. I have been thinking and praying what topic I could use for that. Maybe something along happiness, gratitude and friendship? Hmmm? Not sure what I would do for words for that? Maybe poems, bits of essays, and things like that?

Will think about it.

I hope everyone has a wonderful Christmas – with lots of love and happiness sprinkled throughout the day!

Today’s Three Sunshine (Gratitude) Moments:
1. Christmas packages that come with wrapped Chocolates sprinkled through them. I must do that next year. Nice.
2. Every day we watch an elderly neighbor lady go by taking her big dog for a walk. She does this several times a day. We always comment when she goes by. She is an inspiration to us – also very nice person.
3. Seeing Jon sitting in his chair with his feet up reading a book. Just nice. 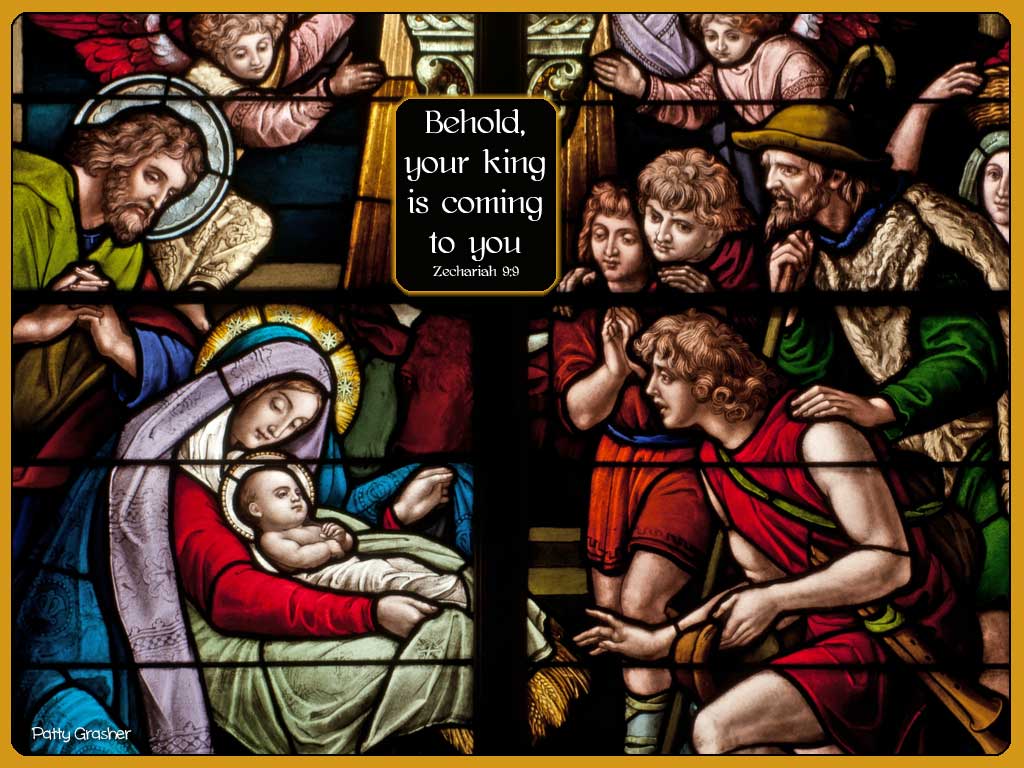 “Behold, your King is coming to you”
Zechariah 9:9

Just one more day to Christmas.

“Since you get more JOY out of GIVING to others,
you should put a good deal of thought
into the HAPPINESS that you are able to GIVE.”
Eleanor Roosevelt


So today I did something radically spiritually different – that I would never even have thought of before Pope John Paul II came out with the Luminous Mysteries of the Rosary. I decided to create my “own” set of mysteries for meditations that would be more in tune for praying for my business endeavors.

I call them the “Encouragement Mysteries.”

Today’s Three Sunshine (Gratitude) Moments:
1. Jon driving me all over town to find a Christmas present for a family member. After all our driving we found it about a mile from home. Isn’t that the way?
2. Learning a tiny bit more of patience with myself.
3. Yummy sampling at Costco. Bit of cheese, a chocolate, a ham and cracker. Munchy munch.